Taormina’s fortune in all times is closely linked to its extraordinary location, lying on a narrow terrace above the sea formed by typical variously colored calcareous rocks which ensured its fame in ancient times. 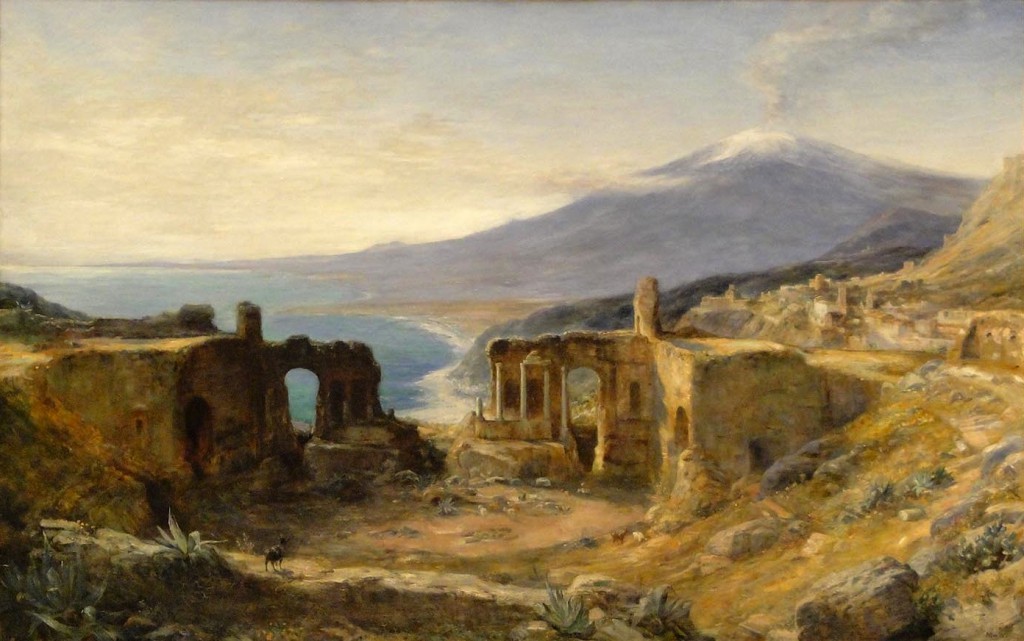 Its colored marbles can still to be found in monuments and private dwellings. Owing to its position, the town has always been considered as a natural fortress of great strategic and political importance, as it allowed the control over the eastern coast of Sicily. As a proof of its important role as a fortified town, parts of the walls surrounding the ancient built-up area still remain. 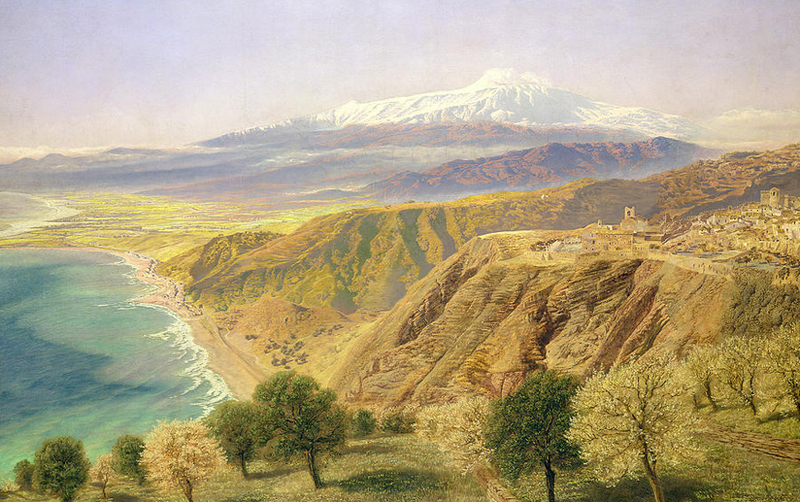 At the beginning the site was inhabited by the Siculi, as attested by the remains of a necropolis. The foundation of the Greek polis is esteemed to date back to the year 358 B.C.; it was built by Andromacus, who gathered the survivors of the nearby Naxos, the first Greek colony in Sicily, up on the hill. 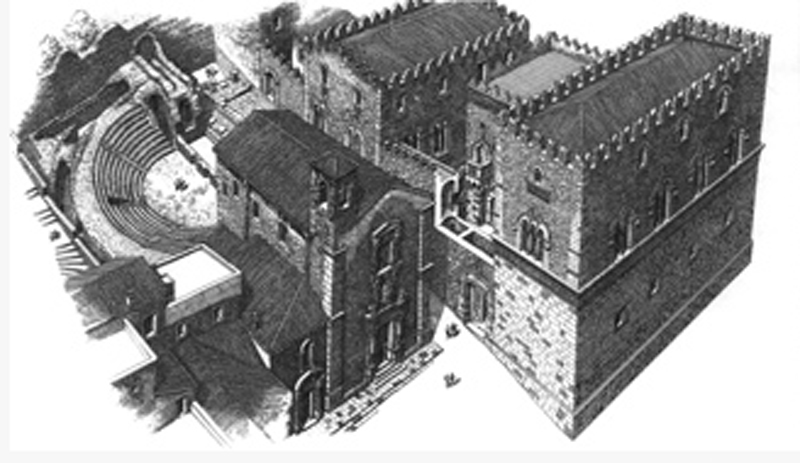 The tyrant Jerone II used the town in his fight against the Italian Mamertini. The foundation of the various temples, whose remains are still included in the basements and parts of the walls of some Christian churches, as well as in the Ancient Theatre, dates back to the Greek epoch, when the town structure had been planned. 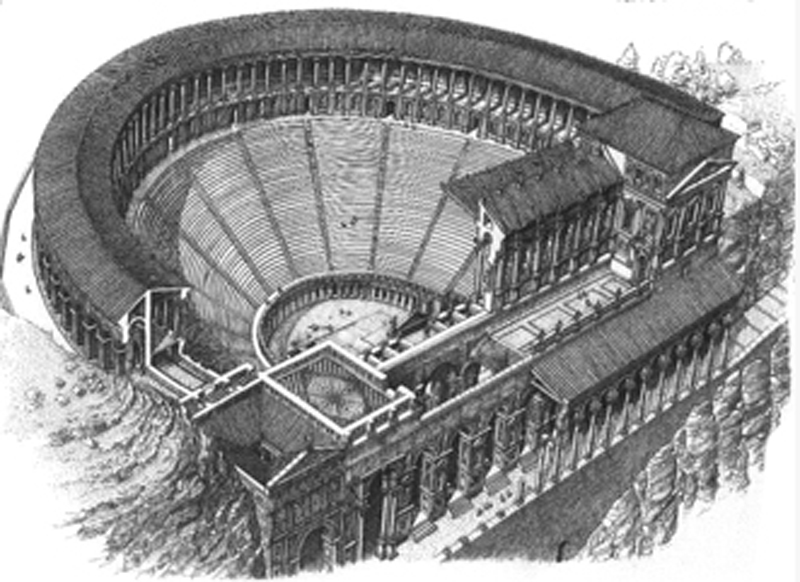 Under the Roman rule Taormina obtained privileges and it was  one of the three civitates federates of Sicily as mentioned by Cicero. The town expanded southwards, also due to the realization of the consular road Valeria, linking Messina and Syracuse. It was embellished by remarkable buildings: the small Odeon, the Gymnasium, the monumental tombs, the public bath, the Theatre in its present structure and the Naumachias, an important building of imperial epoch whose function is still uncertain, due to the lack of similar structures. 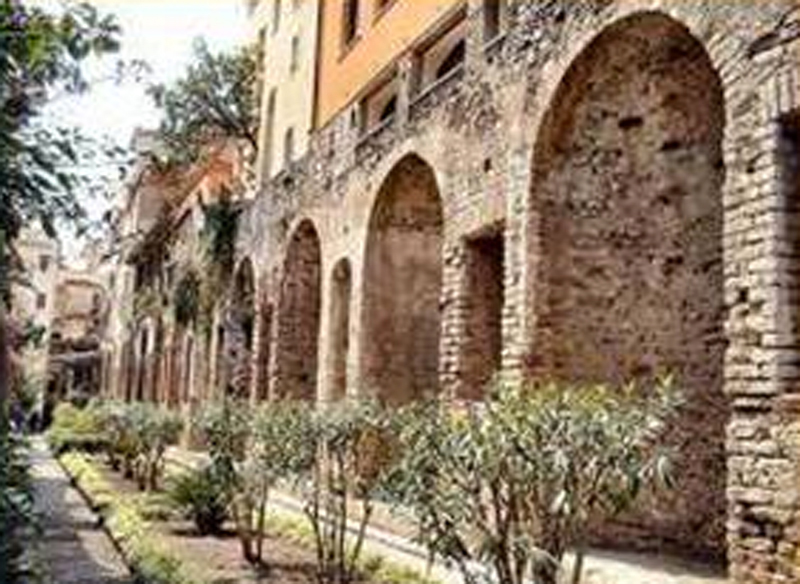 In the last decades of the 1st century B.C.  the town got involved in the fight between Sestus Pompeus and Octavianus; the latter founded a military colony for strategic purposes.

Then Taormina became one of the Byzantines’ favourite centres after the conquest of Sicily, and at the end of the 9th century it became the capital of eastern Sicily after the Arabs’ conquest of Syracuse. The town was the last stronghold to fall under the Arabs’ rule. 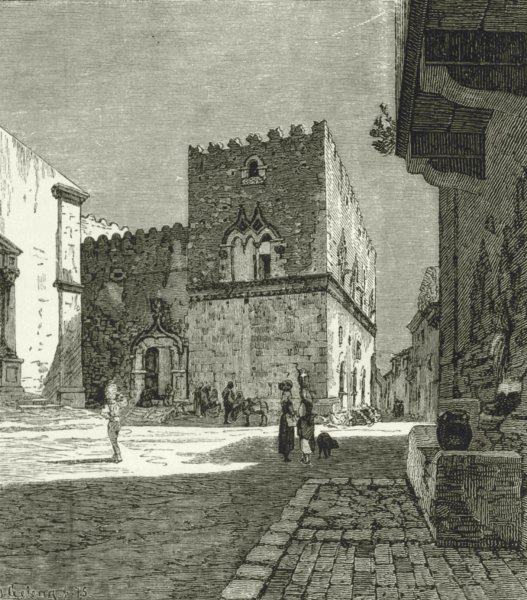 The latter caused so much damage that Taormina was brought back to the state of a fortified village and it had to change its name in to Al-Moetia.
In 1079 Roger d’Hauteville, conquered the town after a long siege; under the Norman rule Taormina thrived again and became a borough. Later it took part in the Sicilian  Vespers and in the struggles between Sicilian barons and the Aragonensis it took sides with the King of Aragon. During the Spanish rule, the town was chosen by some great families and this encouraged a remarkable building development.
Between the end of the 14th and the half of the 15th centuries several churches and buildings were erected, characterised by gothic elements mingled with Spanish ones; such buildings include the Badia Vecchia (1372), the similar Palace of St. Steven’s Dukes, the Corvaja Palace, which was built on a pre-existent Arab tower and housed the first Sicilian Parliament.

Under the Spanish rule Taormina underwent a period of decadence. It still maintained its fame for being a locus refugi and so several convents and monasteries were established.

During the 18th and the 19th centuries its prestige grew and so Taormina became one of the most fascinating destinations for the foreign travellers of the Grand Tour, who were responsible for the diffusion of the special image of its historical and natural treasures. 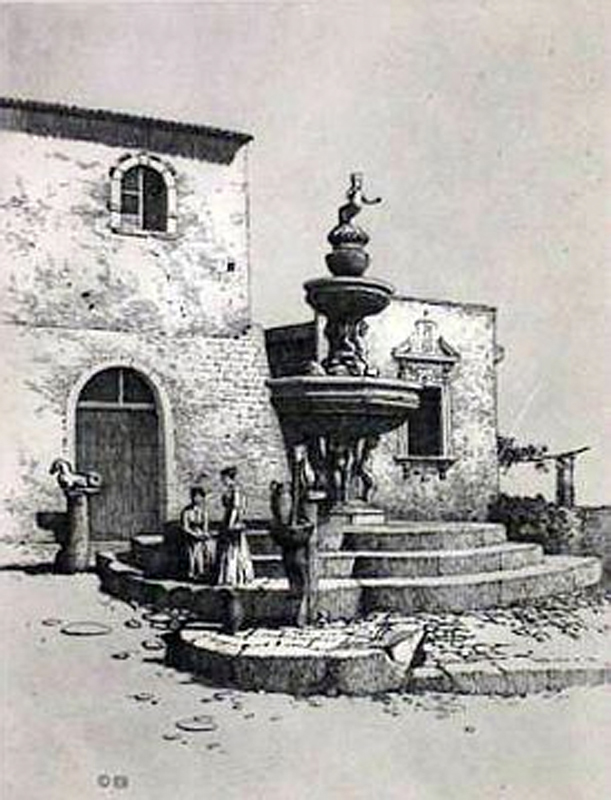 In the second half of the 19th century an Anglosaxon community settled in Taormina; they were responsible for the gardens and villas in the most charming spots of the town. The best example is the garden created by Florence Trevelyan, now public gardens, which includes eclectic pavilions of far-eastern inspiration, the “beehives”, very peculiar for their architecture and variety of materials.

Isola Bella is linked to the town of Taormina by a system of bays; it is a typically Mediterranean spot, visited by men since prehistoric times, and it is characterized by a spontaneous vegetation mixed to numerous exotic plants introduced towards the end of the 19th century. 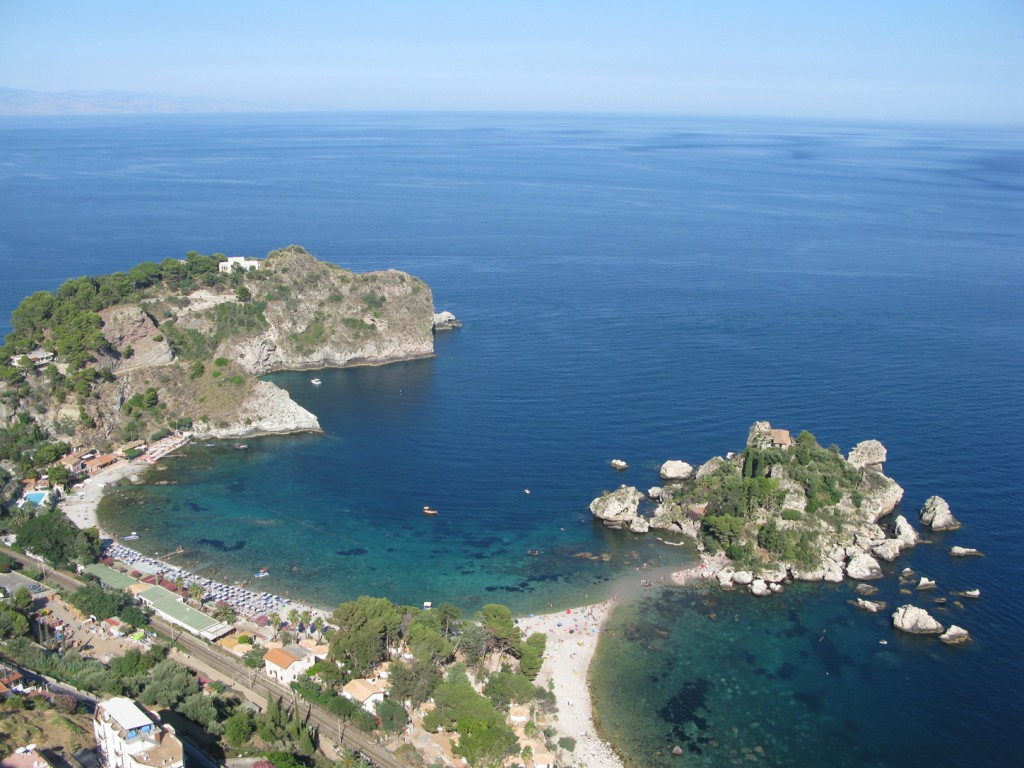 The islet  is crossed by various flights of steps, paths and small terraces and it represents, as a whole, a park of relevant naturalistic and cultural importance, whose for its flora and fauna, and has charmed visitors, artists and poets of all times. 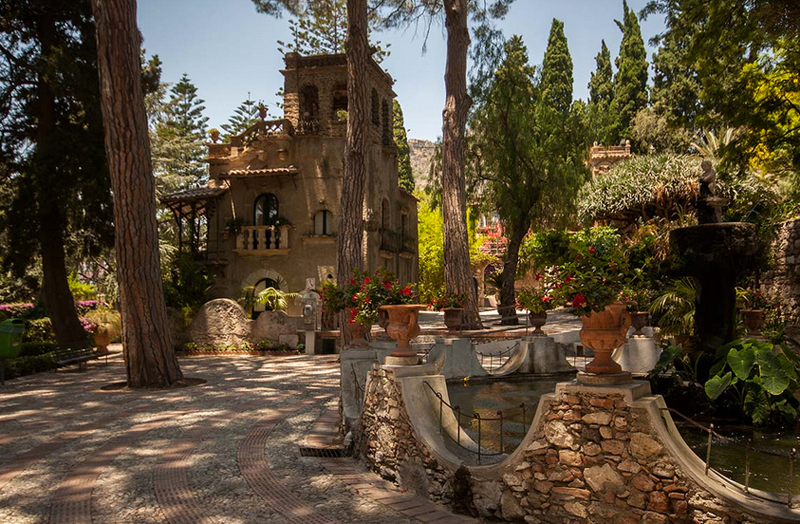 Taormina has always attracted the famous, and sometimes the infamous, the rich and the artistic. Goethe was ‘bewitched’ by Taormina and D. H. Lawrence settled there for three years. Both Churchill and Kesselring, though not at the same time, found Taormina to their liking and ate at the same ‘local’. The Giardino Pubblico was bequeathed to Taormina by the eccentric Florence Trevelyan, ‘invited’ to leave England after a romantic liaison with the Prince of Wales, the future Edward VII. 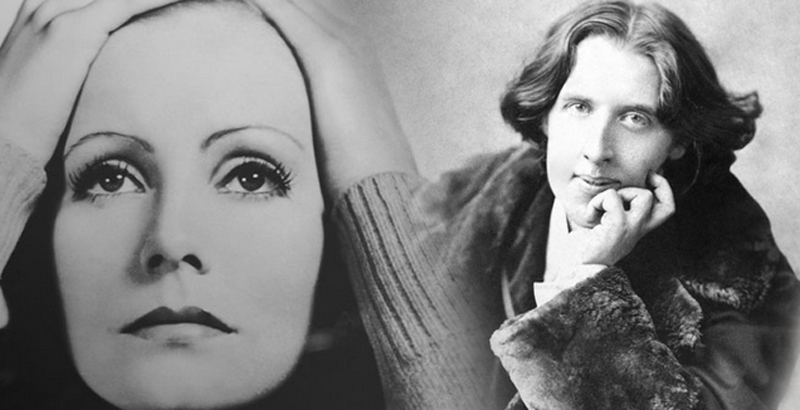 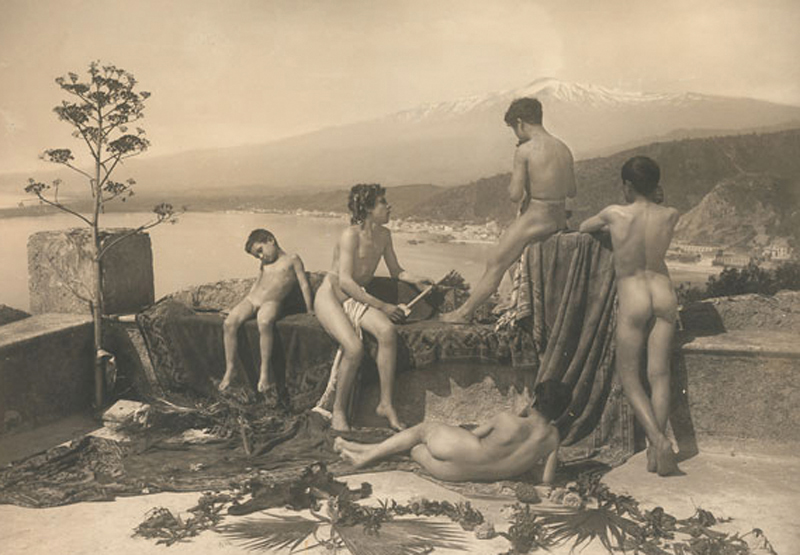 Taormina had an air of genteel Edwardian tweeness that attracted the chic set from the rest of Europe. It was, and still is, distinctly un-Sicilian on the surface, but dig deeper and there beats a Sicilian heart. 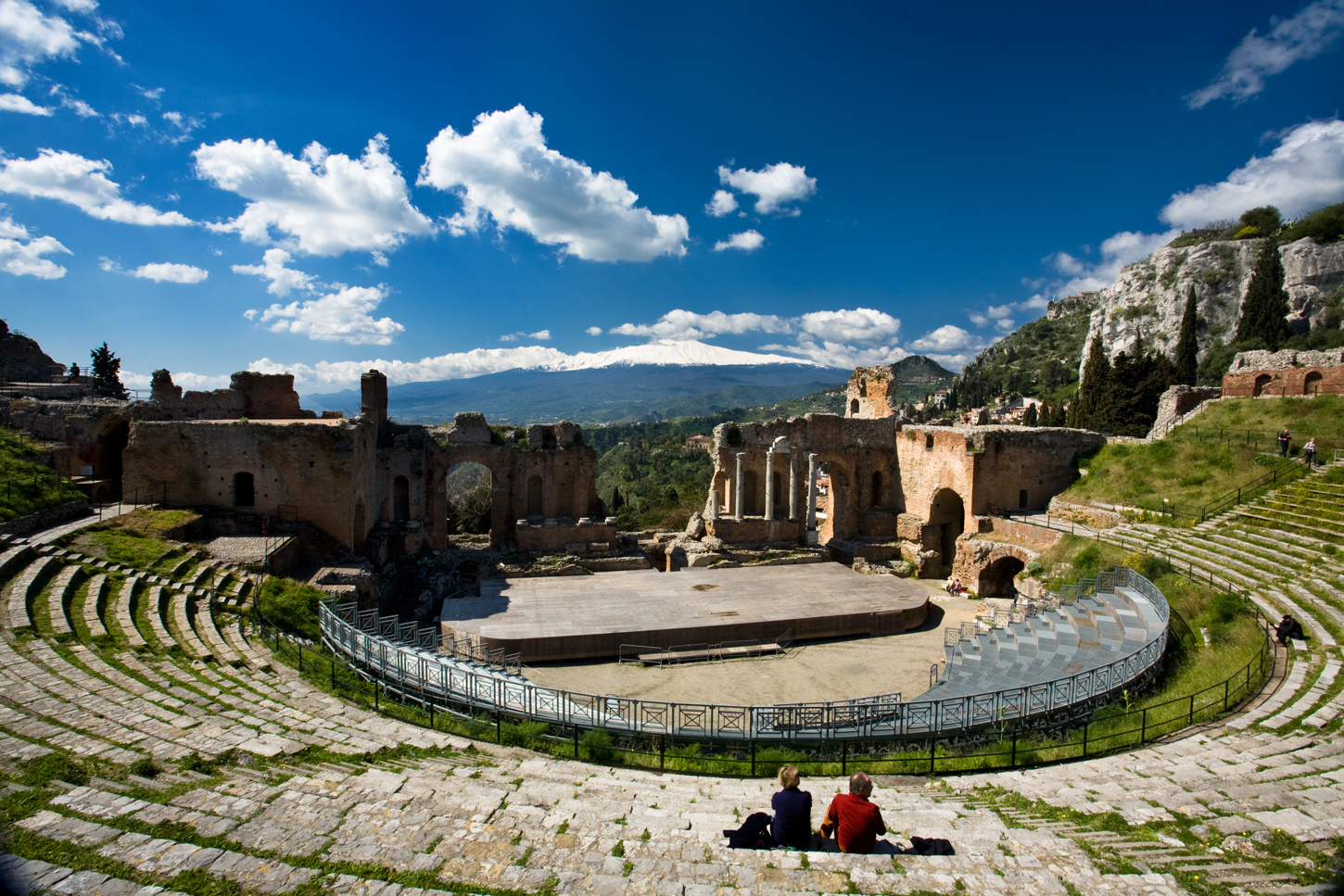 Let's see how we can make your dreams come true.